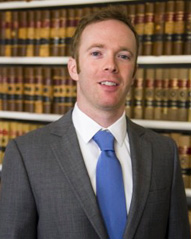 Johnson is very active in his community, through the Canfield Rotary club, Oh Wow! The Roger and Gloria Jones Children’s Center for Science and Technology, Community Legal Aid, and the Mahoning County Bar Association’s Grievance and Ethics Committee.

The Secure Act, which stands for Setting Every Community Up for Retirement Enhancement, came into effect at the start of the year and is the most important retirement plan legislation in over a dozen years.

The legislation was driven by an acknowledgement that 1) only a little more than half of Americans participate in retirement plans; and 2) the plans of folks 65 and older hold less than $60,000. Life expectancies are increasing, and the cost of retirement is going up as well.

With the Social Security system coming under increasing pressure, small businesses needed encouragement to set up private retirement plans and workers needed incentives to contribute as much as possible to them.

END_OF_DOCUMENT_TOKEN_TO_BE_REPLACED

The Secure Act, which stands for Setting Every Community Up for Retirement Enhancement, came into effect at the start of the year and is the most important retirement plan legislation in over a dozen years.

The legislation was driven by an acknowledgement that 1) only a little more than half of Americans participate in retirement plans; and 2) the plans of folks 65 and older hold less than $60,000. Life expectancies are increasing, and the cost of retirement is going up as well.

With the Social Security system coming under increasing pressure, small businesses needed encouragement to set up private retirement plans and workers needed incentives to contribute as much as possible to them.

END_OF_DOCUMENT_TOKEN_TO_BE_REPLACED

Keys to Success in Succession Planning

I have previously written about the need for succession planning for a small firm, such as an insurance agency, small shop or professional practice. Today, let’s discuss planning for transitions in larger operations. Regardless of the product or service provided, CEOs and key employees of both family companies and public ones retire, take other jobs and sometimes die in the saddle. Plans should be in place that encompass each of these possibilities.

A succession plan is part of a company’s overall strategic plan, which addresses a firm’s vision, values, markets and growth opportunities. Bringing about both is the responsibility of the CEO. If a business does not have the right people to facilitate strategic and succession planning, a consultant should be retained. (It is often said that a consultant is someone that tells you what you already know you should do, but for which you do not want to take responsibility.)

END_OF_DOCUMENT_TOKEN_TO_BE_REPLACED

What Are Qualified Opportunity Zones?

To encourage investment in economically depressed areas, the U.S. Tax Cut and Jobs Act of 2017 created a program that allows investors to essentially “roll” what would otherwise be taxable capital gains into investments into Opportunity Zones (OZ).

These zones were nominated by state governors in low-income areas determined from community census tracts and there are now about 8,700 around the country.

END_OF_DOCUMENT_TOKEN_TO_BE_REPLACED

National publications like the Washington Post and the Wall Street Journal have recently considered news of The Vindicator’s closing, and suggest generally that local democracies will go only as far as their local papers will carry them.  These articles assume that if the local news dies, so does an informed citizenry.

Local news organizations unearth and disseminate truths that unorganized groups simply cannot. Having bright, articulate, experienced and credentialed journalists on staff give them a natural advantage; they know where to look.

However, there’s something to be said for a curious citizen with a smartphone, a pen, a pad of paper, and a Twitter account.  By leveraging the provisions of Ohio’s public records laws with the wealth of public information already available on the internet, democracy just might have a chance.

END_OF_DOCUMENT_TOKEN_TO_BE_REPLACED

So the oil company has short-changed you some royalties.  Or maybe you purchased some product online and it arrived in less than ideal condition. Or maybe the destination wedding venue hit you with some suspicious charges.

When your inquisitive or angry phone call doesn’t fetch the desired result, your next call might be to your lawyer who will likely ask for a copy of the contract.

Nestled somewhere in that lease, website license agreement or contract, is quite likely a provision that governs how disputes will be settled. By and large, these clauses typically require disputes be arbitrated privately – someplace far away from Youngstown, Ohio.

END_OF_DOCUMENT_TOKEN_TO_BE_REPLACED

Solar energy firms are approaching landowners in Pennsylvania and Ohio to lease land for solar installations.

END_OF_DOCUMENT_TOKEN_TO_BE_REPLACED

So You Want to Sell Your Business…

Baby boomers are leaving the workforce in droves. But a business owner who wants to retire cannot simply turn off the lights and head to the beach. Selling a company and getting fair value generally takes several years and careful planning.

Step One: Polish the apple.

Do not conduct a “Get me the heck out of here” sale. A buyer will not pay full value if it appears a seller is desperate. The seller should have a story that conveys a sensible reason for selling. Additionally:

END_OF_DOCUMENT_TOKEN_TO_BE_REPLACED

My namesake and great grandfather, Nils P. Johnson, was a Swedish immigrant who settled on “Swede hill” at the top of the Market Street bridge in 1905. He was a wholesale grocer and must have been an affable man. Foreign accent and all, he eventually was elected to the Ohio Senate.

Times were simpler then both for immigrants and business people. When great granddad came to town, immigration laws were lax and there was neither an inheritance tax nor an income tax – the latter arriving with the 16th amendment in 1913 and the former coming a few years later in 1916. END_OF_DOCUMENT_TOKEN_TO_BE_REPLACED

Corporate culture is one of those terms that seems like it belongs in a psychology handbook. It’s something that we may not always be aware of, but it really defines our entire work experience.

Similar to investing in a quality mattress because, as they say, “You spend half of your life on it,” the prudent businesswoman occasionally examines their corporate culture because they spend the majority of her waking hours at the office.

Of course, part of the corporate culture involves legal preparations: making sure that the business has the appropriate policies in place. These take the form of employee handbooks, antidiscrimination policies, sexual harassment policies and the like. Generally, these are used by either human resources departments in hiring and firing or legal departments in navigating a crisis.

END_OF_DOCUMENT_TOKEN_TO_BE_REPLACED

The Pitfalls of Forming, Operating a Business Without an Attorney

It can be feverishly tempting to set up a new business without first consulting an attorney.

With 24/7 online business registration from the Ohio Secretary of State, a new legal entity can be formed in a matter of minutes, day or night. Why then, does our law office receive so many frantic phone calls from individuals who did it themselves?

Self-help like this often results in picking the wrong legal entity for the new business – partnership, S-corporation, C-corp., LLC, etc., as well as ending up without an appropriate operating agreement that states how the entity will be managed.  (A previous article discussed the need to have effective buy-sell agreements in place as part of the operating agreement to deal with the possibility of a partner dying, going bankrupt or getting divorced. Go to BusinessJournalDaily.com/legal-strategies.)

END_OF_DOCUMENT_TOKEN_TO_BE_REPLACED

At one time our “Steel Valley,” was one of the great steel regions of the world, hosting mills along the Mahoning River from Warren to the Pennsylvania line. Fierce competition from overseas, followed by the closing of Youngstown Sheet and Tube in the 1970s started a long slide in industrial production in the region. Yes, a few of the old plants have reopened, but great stretches of industrial land lie fallow, not producing profits, tax revenues nor jobs.

However, the location and attributes that once made northeastern Ohio attractive for industrial development – interstate highway systems, water transportation via the Great Lakes and Ohio River, natural resources, skilled workforce and proximity to markets – remain. The exploration of natural gas and natural gas liquids in the Utica and Marcellus shale formations will incentivize cracker plants and plastics factories throughout the Ohio Valley. The Shell cracker plant under construction in Monaca, Pa., will not be the first such operation.

END_OF_DOCUMENT_TOKEN_TO_BE_REPLACED

Conservation Easements Are a Win for Everyone

For agencies or governments representing the public, they provide a way to preserve open spaces, provide water conservation and protect wild lands at a much-reduced cost as compared to outright purchase.

END_OF_DOCUMENT_TOKEN_TO_BE_REPLACED

Sponsored Content: The information and views expressed in all Business Strategies Video Network series are of the content contributor, and do not necessarily reflect the opinions of The Business Journal.

NY Gets 1,100 Ventilators with Help from China, Oregon