LORDSTOWN, Ohio – A vote on proposed zoning changes that would allow TJX Companies Inc. to move forward on plans for a 1.2-million-square-foot regional distribution center could take place as soon as this evening.

TJX representatives are expected to outline their amended plans for the proposed $160 million project during a meeting of the village planning commission this evening, Mayor Arno Hill said at Monday night’s Village Council meeting.

TJX seeks the rezoning of seven parcels of residential/agriculature land to Industrial to accommodate the project.

“They will present the zone change information and there may be a vote,” Hill said.

“They’re not required to vote,” he continued. “This has been vetted quite a bit. I would hope they’re going to vote so we could move forward.”

Many of the some 50 people who attended the meeting expected to hear more about the project. The topic was only addressed in passing as Hill referred to increased public records requests for communications related to the project. 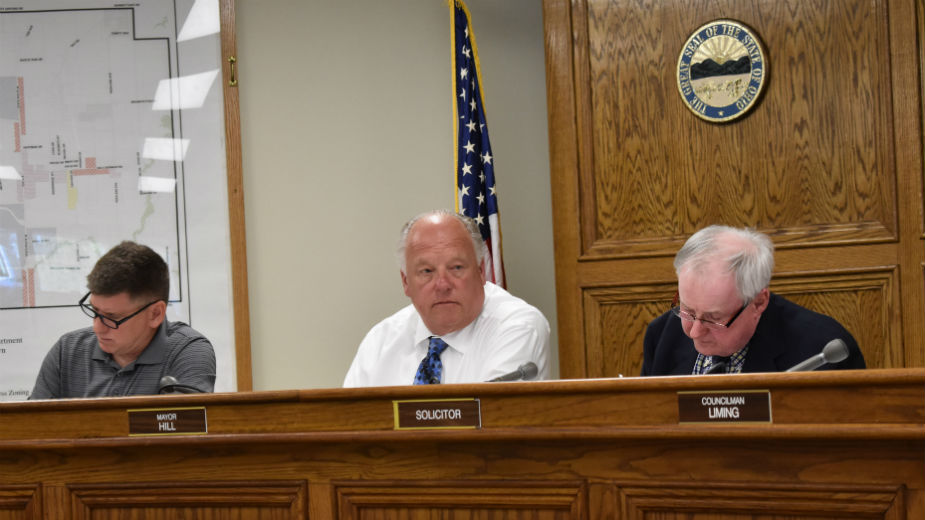 When invited to speak during public comment periods, no one came forward to discuss TJX, either in support or opposition. Hill said he was not surprised and anticipated village residents would make themselves heard at tonight’s meeting.

Plans by TJX to build the distribution center on 290 acres of land were considered all but dead until Friday’s announcement that the company tplanned to continue to pursue the project here. The project is expected to generate up to 1,400 jobs, Hill said.

On April 20, TJX announced it was reconsidering its options for a distribution center along Ellsworth Bailey Road to service its HomeGoods stores in the face of opposition from a group of village residents opposed to the zone change.

That prompted supporters of the project to launch initiatives including a social media campaign and an April 29 rally that TJX officials cited among the reasons they decided to move forward with Lordstown. Lobbying by local elected officials as well as U.S. Rep. Tim Ryan, D-13, also drove support efforts.

Opponents of the project’s proposed site argue that there is plenty of available land that already is properly zoned for such a project, and have placed signs around the village that read, “TJX Bullying Residents.” 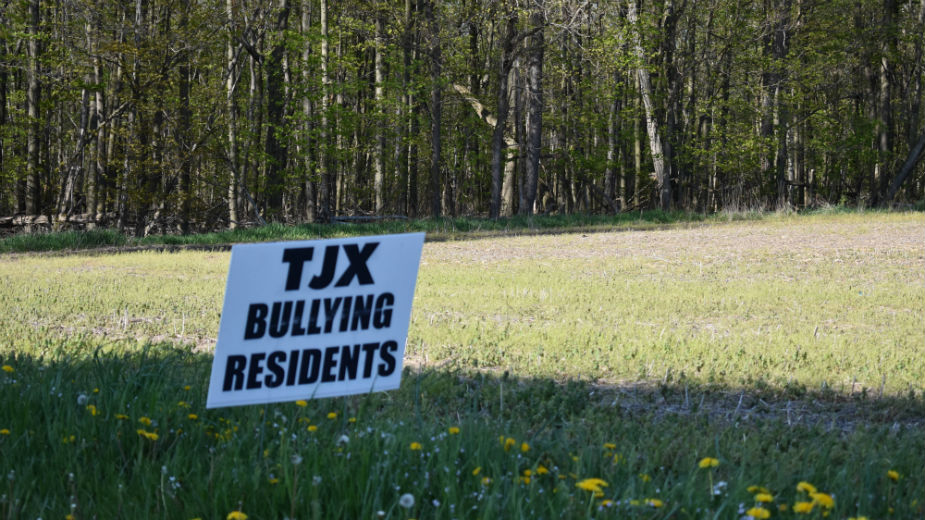 A group of the site opponents at last night’s meeting lamented the divisions the project has exposed in the village. They declined to speak on the record when asked by The Business Journal.

“You’re too one-sided,” one of the group remarked.

Those who support the project site were more forthcoming.

“I’m just waiting to see how it goes down,” farmer Harvey Lutz said.

Lutz, in the wake of TJX initial decision to abandon the site, said he would raise chickens on the 121 acres he optioned to the company if it didn’t build the distribution center there.

“I was really pleased and surprised” upon hearing that TJX was moving forward with its plans, he said. “I’m happy.”

Village resident Chuck Lawrence said he was surprised to learn that TJX had reconsidered. “I thought once they said they were pulling the zoning request, they were not going to come back,” he said.

Lawrence described himself as “100%” for the company’s plans. “I have not heard a good reason not to build it here,” he remarked. “I think [TJX is] bending over backwards to satisfy the neighborhood.”

Kim Butler, who normally attends Village Council meetings, said he was surprised when he heard TJX was pulilng back, something he blamed in part on the news media.

Mayor Hill said he has not communicated with TJX since Friday and is not aware of what changes the company has made to its plans.

The only thing he told company officials, is said, is that he hopes “before this gets to the third reading of council,” they make readily available all the information regarding abatement requests and what they plan to do for the community “so  the community as a whole can see what is being proposed,” he said.

SHARON, Pa. – The coronavirus paused efforts in Sharon, Pa., to develop a downtown vision and five-year  plan. Work, however, […]

SHARON, Pa. — Though the Sharon, Pa. plant that Westinghouse Electric Corp. once touted as the longest single building in […]