YOUNGSTOWN, Ohio – A new exhibit at the Butler Institute of American Art will feature the works of musician and painter John Mellencamp.

The exhibit, “John Mellencamp: Expressionist,” will be open Sept. 20 through Nov. 18. It features 42 oil paintings and mixed-media pieces that touch on working-class issues and the human condition.

“This is John Mellencamp’s second major exhibition at the Butler Institute of American Art and one that truley reveals the depth of his talent as a visual artist,” said Butler Executive Director Lou Zona in a release. “His paintings are rich in spellbinding imagery, enriched by his understanding of visual organization and the power of color.”

Known for his songs “Jack & Diane,” “Hurts So Good,” and “Small Town,” Mellencamp has been painting since the 1980s. Among his influences are Otto Dix and Max Beckmann. 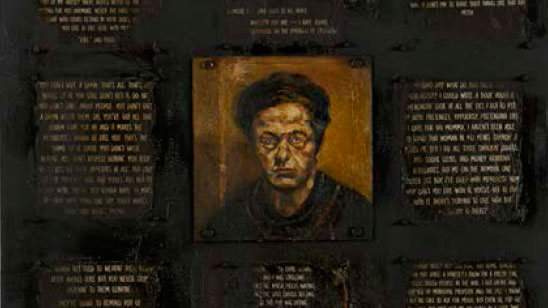 The exhibit includes a full-color catalog featuring pieces from Zona, an essay from cultural writer David Shirey and an interview with curator and New York Times contributor Bob Morrison. They will be available for sale in the Butler’s stores beginning Sept. 20.

Mellencamp’s first exhibit at the Butler, “The Paintings of John Mellencamp,” was hosted at the Butler Trumbull branch in Howland in late 2013 and early 2014.

Funding for the exhibit came from the Ohio Arts Council.