YOUNGSTOWN, Ohio – One Health Ohio plans to spend approximately $4 million to convert and equip the former Bottom Dollar Food grocery store building on the South Side for use as a health clinic.

At a news conference this morning, CEO Ron Dwinnells said he expects to be providing core services at the new clinic within a year and additional services within two years.

The city Board of Control this morning approved One Health Ohio’s purchase of the 18,000-square-foot Glenwood Avenue building for $150,000. The city acquired the building after Aldi Inc. bought Bottom Dollar Food’s parent company and shuttered its three Youngstown stores.

“The city made it a priority to acquire that property and to have something that will benefit the neighborhood,” T. Sharon Woodberry, the city’s director of community planning and economic development, said. “I don’t think we could have found a better use for that building than what’s being presented today.” 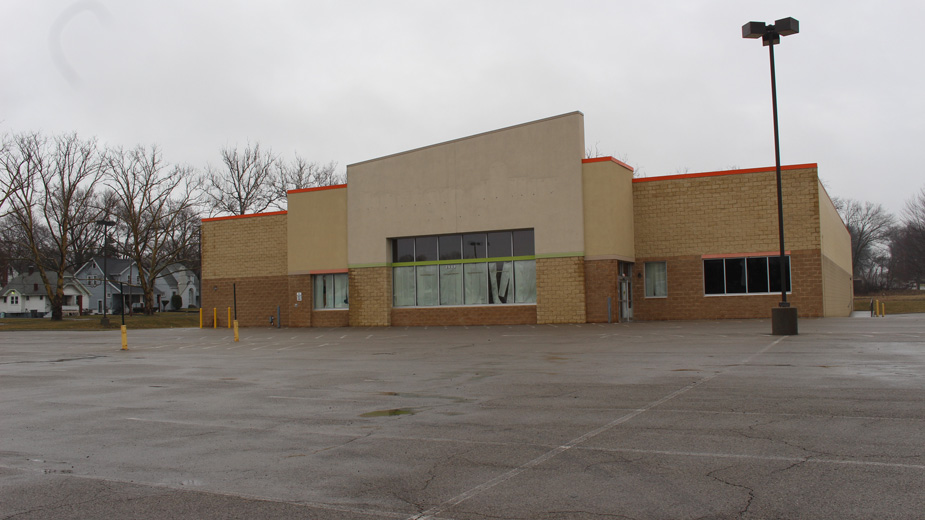 Former Bottom Dollar Food grocery story will be transformed into a health clinic.

One Health Ohio was founded in 1986 to serve primarily low-income patients – the “uninsured, underinsured and underserved populations,” as Dwinnells put it. The nonprofit provides what its CEO describes as integrative or holistic health care services, including medical, dental and behavioral health.

One Health Ohio’s clinic on the North Side gets about 70,000 patient visits and 4,000 individual patients annually, and about 25% of those patients come from the South Side, Dwinnells said. About 95% of patients either are uninsured or are on Medicare or Medicaid, he reported.

During the news conference, Mayor Jamael Tito Brown shared his experiences as a boy walking to a community health center at St. Elizabeth Youngstown Hospital to be treated for his asthma, which he has since outgrown, and allergies.

“Access to health is a great quality-of-life issue,” Brown said. The new clinic will have “a great impact” on residents of the South Side.

Anita Davis, 6th Ward councilwoman, reflected that the site was once the former Cleveland Elementary School, which she attended as a child.

“It’s so wonderful to have something that has as much impact on that community as Cleveland Elementary School did,” she remarked.

In addition to the core services, the new clinic will provide a food distribution site in conjunction with Youngstown Neighborhood Development Corp., pregnancy services and potentially a pharmacy, such as it operates at two other sites.

“I would love to have an urgent care center because people get sick after hours,” Dwinnells said. He has been in “loose discussion” with area health-care providers, including local hospitals, about partnering with One Health Ohio to offer such services.

“Wouldn’t it be nice to have a min-health club for the folks who live in that area?” he added. “I might have to build another building but there’s a considerable amount of property there.”

RAVENNA, Ohio – QuickMed Urgent Care cut the ribbon this week for its newest clinic at 402 S. Chestnut St. here.  The ceremony took place one week after the medical clinic opened in this Portage County community. The company was…