YOUNGSTOWN, Ohio — When he was in seventh grade during the 1950s, George Franklin started working as a ride mechanic in the Kiddieland attraction at Idora Park. As he got older, he was able to work on the larger rides like the Rocket Ship.

“You weren’t allowed to run a ride until you were an adult,” Franklin said.

Franklin was all smiles when he got to see a part of the ride he worked on years ago as he and other residents at Ohio Living Park Vista enjoyed memories of Idora Park on Wednesday. During Idora Park Day, the assisted living center’s residents got a tangible visit from the past in the form of Wildcat roller coaster cars, the Tilt-a-Whirl, the Golden Nugget and the Rocket Ship.

“I remember playing baseball at the employee picnics and roller skating at the ballroom,” Franklin recalled of his time as an Idora Park employee.

“Our residents would share their memories about spending time with their families at the park and talk about things like dancing at the park ballroom on New Year’s Eve,” Rubano said. “Afterwards, all I could think of was how to get the entire museum here. That’s when I approached the Amys with the idea.” 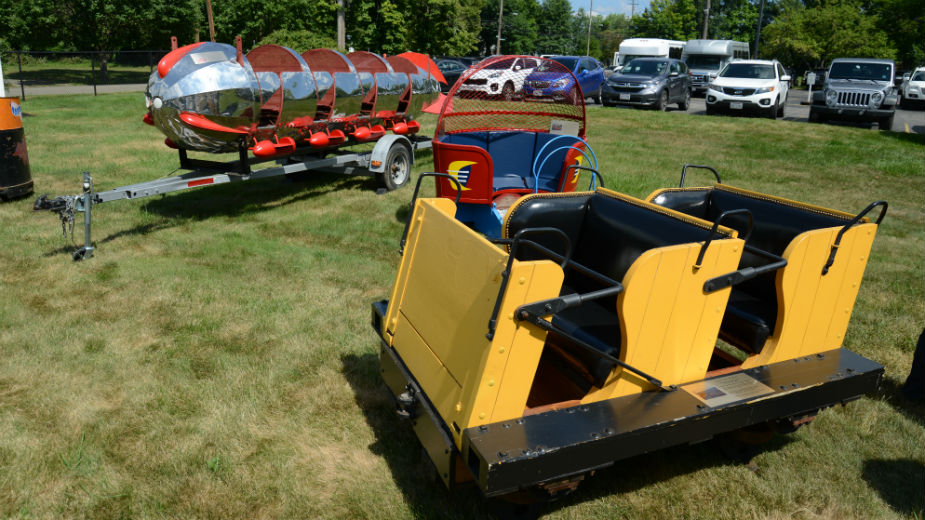 Idora Park Day featured rides such as the Wildcat, Tilt-a-Whirl and Rocket Ship.

Jim Amy worked at Idora Park in 1976 before leaving for the Air Force. He returned 17 years later with his wife, Toni, who is originally from California.

“We actually visited the park when I moved back, most of which was still standing,” he said. “That’s when I found the light fixture. It was from the Football Throw booth that I worked back in 1976.”

The light fixture was the first piece of a collection that would take the Amys on many adventures in the years to come. 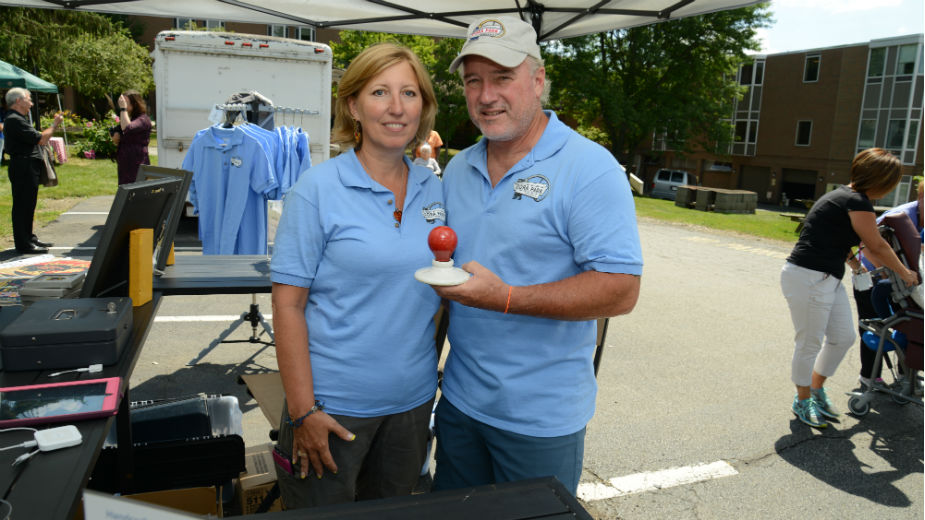 Toni and Jim Amy started their collection 25 years ago with a light fixture from Idora Park’s Football Toss game.

“We lived in the Washington D.C. area when we started to get serious about collecting the big items,” Jim Amy said. “I got a call from a guy saying that he had an Idora Wildcat coaster car and a Jack Rabbit car, so I bought them both. The guy’s friends also had pinball machines and parts of rides, so I bought them too.”

The Amys once traveled to Miami for an item and then, upon arriving home, they learned of another piece in Alabama. So they immediately went to retrieve it.

“We have been from Wisconsin to New Jersey to get collectables,” he said.

Kelly Fertig, Park Vista’s public relations coordinator, said that residents, “especially ones from Youngstown,” are very excited about things that have to do with their childhood. The assisted living center served food at the event that would have been available at Idora Park, including french fries, cotton candy, ice cream and lemon shakes.

Idora Park was located adjacent to Mill Creek Park just 3.5 miles from the center of Youngstown. The first roller coaster was built in 1902 with rides like the Jack Rabbit and Wildcat coasters being built later.

The park operated from 1899 until 1984 when a fire on April 26 of that year destroyed the Lost River ride, a few game booths, part of the Wildcat and the park office. Park owners announced they would close the park after that season, welcoming the final guests on Sept. 16, 1984.

The Amys have been displaying the items twice a year since April 26, 2014 — the 30th anniversary of the fire that ultimately caused the park to close. While they live in Canfield, the Amys said they are trying to find a new home for their collection.

“We are working with the Mahoning Valley Historical Society to donate our entire collection,” Toni Amy said. “Since there is no endowment, it’s incumbent upon them to raise the funds to find a place. A few weeks ago they informed us that they have found a potential building.”

The Amys said that if the new location works out, they will be asking the public to donate so the pieces can be seen year-round.

“The collection will be where it’s supposed to be, not hidden away in our garage, open twice a year,” Toni Amy said.

Pictured above: In the 1950s, George Franklin started working at Idora Park as a mechanic in Kiddieland until he was old enough to work on the Rocket Ship.