Sleep Disorders Are Serious Yet Treatable

YOUNGSTOWN, Ohio – It’s hard to overstate the importance of sleep on the workplace.

Some 40% of Americans don’t get the recommended seven to eight hours nightly, while 30% of employees report sleeping fewer than six hours, according to National Sleep Foundation reports.

The cost to employers of sleep deprivation, the foundation calculated last year, is $31 billion. Sleep-related productivity losses alone amount to $2,000 per employee on average.

For companies that rely on their workers driving, the figures are even more daunting. Seventeen continuous hours of being awake behind the wheel results in the same driving performance as someone with a blood-alcohol level of 0.05%. At 24 hours, the equivalence rises to 0.1%. The legal limit in Ohio and Pennsylvania is 0.08%.

“Probably the most common problem with sleep in the United State is that we don’t get enough. We assume that we need less sleep than we do,” says Dr. Rebecca Bailey, director of the sleep center at Hillside Rehabilitation Hospital.

And while some instances of sleep deprivation are situational – for example, staying up all night to meet a deadline – there are disorders that affect the quality of the sleep we get.

There are more than 100 types of sleep disorders, ranging from bruxism – grinding your teeth while you sleep – to obstructive sleep apnea to rapid eye movement sleep behavior disorder, or acting out your dreams.

But the majority of sleep disorders diagnosed all fall into one of three categories: restless leg syndrome, insomnia and apnea, the last in either its obstructive or central forms.

Those three alone, Bailey says, make up roughly 60% of the diagnoses in the United States.

While restless leg syndrome has several causes – including varicose veins, diabetes and autoimmune diseases – one primary causes is iron deficiency. The disorder, while not exclusive to sleep, can play a role in preventing a good night’s sleep because those with the syndrome have difficulty falling asleep; they feel the need to move about.

With iron deficiency a major cause, Bailey says, improving the body’s iron content can help alleviate the issue. Massaging the legs or taking a warm bath to loosen the muscles can also help. Prescription medications are also available.

Insomnia is, simply put, difficulty falling asleep, staying asleep or waking up too early without being able to get back to sleep. It’s a condition that affects most people in some form, not always severely. Acute insomnia occurs when the condition affects someone a total of three weeks or less over the courses of a year and is often caused by stress, changes in the sleep environment or depression.

In some form, it affects about 70% of Americans.

“With insomnia, the problem is not falling asleep abruptly,” Bailey says. “By definition, there are daytime consequences: you’re tired or you don’t feel well regardless of how much or how little you get.”

Treatment for the disorder can include sleep hygiene – ensuring a healthful sleep schedule and getting the recommended seven to eight hours per night – cognitive behavioral therapy to identify the causes of the lack of sleep and medication such as sleeping pills, both prescription and over-the-counter.

“The biggest challenge is that people think, ‘I’ll take a pill and it’ll be better,’ ” she says. “Sleeping medications are reasonably beneficial only in short-term insomnia, three weeks or less [per year]. They’re not meant to be long-term but a lot of people take them long-term.”

The sleep disorder with the most varied treatment options is sleep apnea. The disorder comes in two varieties: obstructive and central.

In both conditions, breathing is shallow or stops for periods up to 40 seconds throughout the night, causing a drop in oxygenation of the blood.

The difference between the two is the cause for the change in breathing. Obstructive sleep apnea is an occlusion, or blockage, of the airway by soft tissues. Central sleep apnea, meanwhile, is caused by issues with the body’s natural mechanisms that control respiration. These usually occur in deep sleeps when the body relaxes its muscles.

For both forms, “the gold standard” of treatment is continuous positive airway pressure, or CPAP, says Joe Petrolla, director at Southwoods Sleep Center in Boardman.

“So you snore, snore, snore and then it closes. The body goes into fight or flight, which startles you, and you wake up,” he explains. “The key is keeping the airway open.”

The CPAP machine provides a pressurized airflow through a mask that covers the nose and mouth, keeping the airway open.

Another alternative is a bi-level positive airway pressure, or BiPAP, machine, which alternates between air pressures to make it easier to exhale.

These devices have a success rate upward of 95%, Bailey adds.

For those uncomfortable with wearing a CPAP mask through the night – some complain that it’s too bulky, restricts movement or that it’s hard to breathe against the air pressure coming into the airway – other options have been developed.

Last year, Dr. Charles Verbanic of Dental Associates of Newton Falls began using what’s known simply as an oral appliance. It resembles a two-piece mouth guard with hinges connecting the top and bottom. The dentist can adjust the hinges to pull the jaw forward, opening up the airway. He’s made about 50 so far, he says. 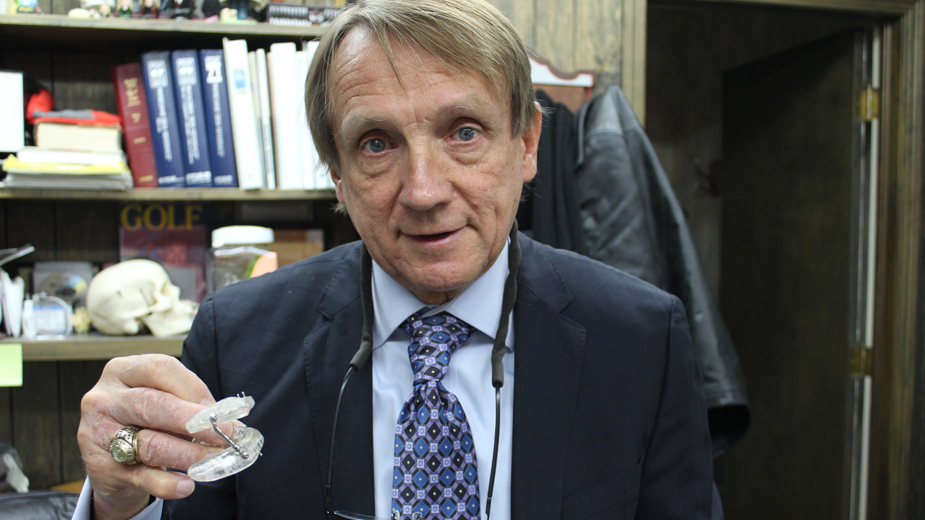 “The biggest thing we heard is that people couldn’t or didn’t use their CPAP machine. There was every excuse for why they couldn’t use it. With this, it’s so much easier,” Verbanic says. “We ask them if they’re still snoring. And if they are, they come back and we make an adjustment. These are all made directly for that patient. It’s not a stock fit.”

Surgical options include removing tissue in the throat to open the airway in a procedure known as UPPP, uvulopalatopharyngoplasty, where the uvula and tonsils are removed, along with parts of the soft palate and pharynx.

Implants are available in the form of the Pillar Procedure and Inspire Therapy. Pillar involves implanting small woven pieces into the soft palate, making it less susceptible to vibrations and closure. Inspire functions as a pacemaker for the hypoglossal nerve, the system responsible for controlling the movement of the tongue and airway muscles. The latter requires that patients have tried a CPAP machine before and have a body mass index below 32.

Weight loss of 50 to 100 pounds can also help, although it’s not a guarantee to alleviate apnea, Bailey adds.

“For people who have apnea, any type of exercise program will be beneficial,” says Kathy Burgdorf, owner of Lifeline Partners in Liberty. “We recommend some sort of cardiovascular activity, starting off with walking and lifting some weights. It helps their metabolism and gets them burning calories.” 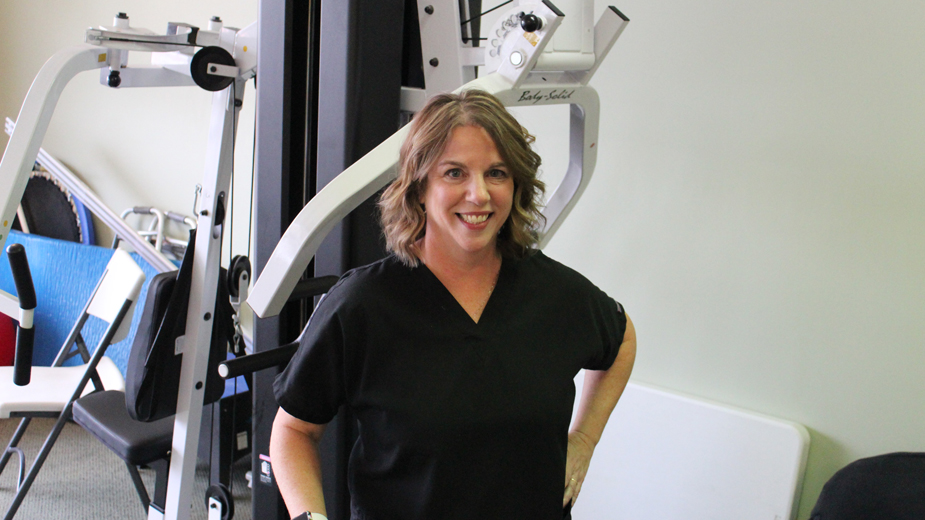 Lifeline also works with patients to adjust their diet, she adds.

“The big thing is carbs and not eating at night, which can cause [acid] reflux, which then affects your breathing,” she says. “Diet is critical to everything.”

Addressing sleep disorders, especially those that interrupt the deeper parts of our sleep cycles, has both short- and long-term consequences. In the short-term, sleeping better improves decision-making, mood and the ability to learn and retain information. Long-term, good sleep ties into almost every facet of health, from reducing the possibility of dementia and heart disease to playing a role in a longer life.

“Sleep is the cornerstone of health in general. It has an effect on all systems in your body,” Southwoods’ Petrolla says. “You need restorative sleep because that’s when the body repairs itself.”

YOUNGSTOWN, Ohio – Dental students and dental industry professionals gathered at Choffin Career and Technical Center Friday morning, awaiting a bus of around 50 students from Youngstown’s Paul C. Bunn Elementary School. The event was a kickoff to the  “Give…