His father is a police officer and family and friends work in the health-care system. So when the deadly coronavirus began to blanket Ohio, he wanted to help frontline workers.

He heard that the elastic bands on face masks irritate workers’ ears when they wear them for a prolonged period of time. After some research, he learned of a plastic mask strap that has notches to secure the elastic straps. The expansion band is worn behind the head to prevent discomfort.

“It takes the pressure off of your ears by centering it to the middle of the strap on your head,” Kinemond says. “It has several notches to adjust for a comfortable fit.”

Using his own 3D printer, he put his creativity and digital know-how to work. He received his first printer about three years ago as a Christmas gift. He bought his second printer about a year ago. Most nonindustrial 3D machines range in cost from $250 to $4,000, he says.

“I found a design online and then I tinkered with it to make it more comfortable,” the 16-year-old says. “I’m interested in the medical field so I figured I may as well make them. It’s a way for me to help.”

Kinemond has made nearly 500 of the expansion bands on his 3D printer. Kinemond gives them away, mainly to first responders and health care workers. He donated 300 straps to The Orchards, a nursing home in East Liverpool.

Kinemond exemplifies the young, innovative spirit in the Mahoning Valley that The Business Journal is highlighting in our continuing program, Brain Gain: Building a Culture of Entrepreneurship and Workforce Development.

He realizes giving away a product isn’t the best business model for an entrepreneur, but sometimes circumstances such as a health crisis outweigh the need to turn a profit.

“I would like to sell them once there isn’t as much of a crucial need. Lives are being lost and now is the time to be donating them,” Kinemond says. “Whenever this pandemic lessens and there isn’t such a dire need for these, I’d be more than happy to [sell them] if someone wants to offer me something.”

Kinemond’s work can’t be classified as an entrepreneurial venture, but it could well lead to one in the future, says Jim Cossler, Huntington Bank Entrepreneur in Residence at the Youngstown Business Incubator.

“While people may have the spirit of an entrepreneur, that’s not transferable into business success. In our world, we call that a side hustle,” Cossler says. “You don’t have to do a startup, but you see opportunity to deliver product while still going to school full-time or without giving up your job. But it’s still a learning experience.”

Making the mask straps isn’t Kinemond’s first side hustle. He began a lawn care service a few years ago and works part-time, which he says has helped him to save some money. He hopes to begin a new venture of 3D printing specialty designs for people, a service he’ll charge for.

An entrepreneur, Cossler says, has to have the spirit, the domain expertise  – in Kinemond’s case, he’s a fount of knowledge of 3D printing – and the desire to be a lifelong student of business.

“Whatever you’re binge watching, take a break and binge tech-start ups on Y Combinator’s Youtube channel. By the end, you’ll have the equivalent of an MBA,” Cossler says.

He points out partners in Y Combinator – a venture capital accelerator program – produce the videos that are lectures given at Stanford University’s  Graduate School of Business that MBA students watch. The 40 to 50 hours worth of videos take the viewer from an idea to market entry to scaling stages, Cossler notes. YBI also has a self-starter kit for entrepreneurs.

For Kinemond, his idea was merely a way to help frontline workers during the pandemic. The outreach to distribute the mask straps began with a simple post by Kinemond on Facebook, saying the mask straps were available.

He gave some to family members and workers at East Liverpool City Hospital and it took off from there. Friends soon contacted him as well as teachers and first responders. His grandmother introduced him to someone at the nursing home and he saw the need.

“I give them out for charity, donations to nursing homes, hospitals, civilians, anyone really. Me and my mom work in a restaurant and have to wear masks and we wear them. The straps make them a lot more comfortable,” he says.

Calls to The Orchards for this story were not returned. However, the senior-living center posted on the high school’s Facebook page, “Tyler, your innovative solution during these trying times made a profoundly huge difference in the lives of our staff.”

Cassandra Valentini, community liaison for Direction Home of Eastern Ohio, the agency that deals with long-term care services for older adults and people with disabilities, has been hearing about the many inventive ways people and businesses are trying to help nursing homes during the pandemic.

“The fact he was able to think of this and do it is amazing. I can’t imagine doing something like this when I was 16,” Valentini says. “The connection between generations is great. He was able to use his relationship with his grandma to help other senior citizens.”

Manufacturing technology and 3D printing has been highlighted during the pandemic as Ohio manufacturers are producing hard-to-find swabs used in testing, as well 3D-printed parts for face shields, adding millions to Ohio’s stockpile.

“Unfortunately it took a national crisis for people to be able to see what manufacturing is capable of doing,” says Ethan Karp, president and CEO of Manufacturing Advocacy & Growth Network, or Magnet.

To fill the gap in skilled labor, the Mahoning Valley Manufacturers Coalition and area career and technical centers are using technology to encourage young
talent to make their way into manufacturing plants with automated and digitally advanced machines.

Kinemond says he’s considering going to the Columbiana County Career and Technical Center to learn more about the skilled trades or to hone his inventive skills for 3D printing designs.

“It’s always good to know more than one area of specialty, like construction, because you never know, you might need it,” he says, noting that 3D technology is used in the medical field.

Matt Joing, vice president of Butech and president of the manufacturers coalition, says when manufacturing is seen for high-tech abilities and not past perceptions, recruitment is easier.

“We like to put the message forward that manufacturing isn’t like it used to be. We are using high-tech machines as well as older, traditional and necessary equipment,” Joing says. “[Kinemond] sounds just like the young talent we are looking for.”

Kinemond has received several letters of thanks, letters of recommendation, some monetary donations and filament used to make the donated straps. He used biodegradable filament on the mask straps he made early on because being environmentally conscious is important to him. Other students throughout the region have shared similar environmental concerns.

“We have a future to look forward to and that doesn’t involve being buried in plastic,” Kinemond says.

Aside from his interest in protecting the environment, he always has been fascinated with the medical field and plans to go into the Air Force to become a medical pilot, which he hopes will reduce the time spent in medical school and defray some of the costs.

He says he wouldn’t mind returning to the area after medical school to work in emergency medicine and possibly open a practice in his home town.

Like many students interviewed for the Brain Gain program, he says being close to family is important.

“I’d move to the country, though. I like the country more than the city. I used to be a Boy Scout and I love camping, fishing, all that fun stuff,” he says.

The coronavirus is concerning, but not enough to dissuade him in his pursuit of becoming an emergency room physician. His father, a first responder, wears his N95 respirator on the job and also off the clock when he is out in the public.

Personally, Kinemond wears a mask if he’s working or going to a store when people are in close by.

As for his friends and other people his age complying with social distancing and wearing masks, he quickly shakes his head.

“Not at all. I’ve seen friends having parties, hugging all the time, playing basketball and stuff. So no, not even close to following the guidelines,” he says.

Asked why he thinks that is, he responds, “They’re taking it as vacation saying, ‘Oh, well I have the rest of the school year off, I may as well do whatever I want,’ ”

He agrees that they feel young and invincible.

“And that will come back and bite you,” he says. 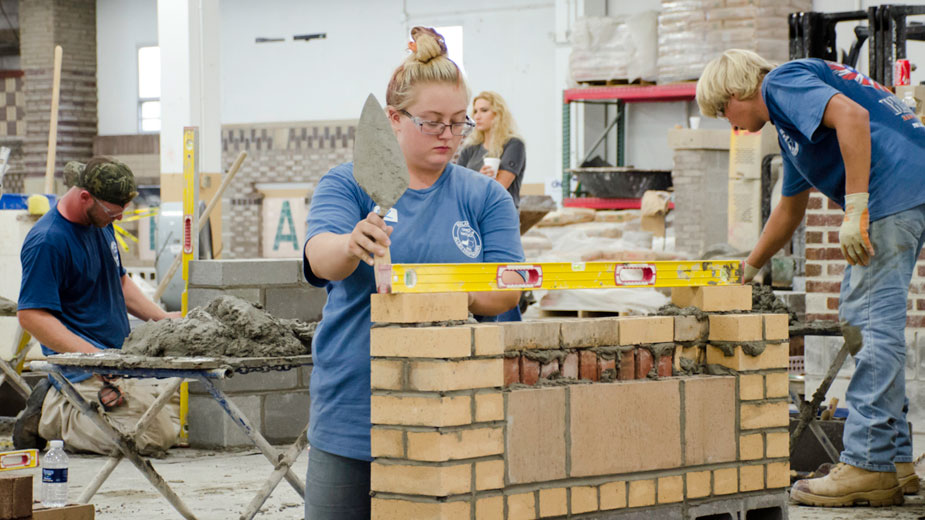 YOUNGSTOWN, Ohio – Between an uphill battle of overcoming the “dirty job” stereotype and finding skilled workers who can pass […]

YOUNGSTOWN, Ohio – The video-recorded death in Minneapolis of George Floyd, begging to breathe under the weight of a white […]