NILES, Ohio – After two turbulent years, Dan Morgan, owner of Morgan Furniture & Mattress in Niles, says the industry is beginning to find its equilibrium. Now the biggest challenge, he says, is the economy.

“The money they would have used to buy my products is being gobbled up by the effects of inflation.”

Morgan says the bottom 25% of his customers can no longer afford to buy his products. The upper 75% are still shopping, although they’re doing so cautiously.

“They can still afford those things, even though they’re being impacted. But every time gas jumps, everything stops,” Morgan says.

Morgan has been in the furniture industry his whole life. He started helping out his father and grandfather in their stores at the age of 8.

The family business, Smith & Phillips, operated stores in Canton, Marietta and East Liverpool. Morgan worked for his father at the East Liverpool location for 11 years before it closed after the Crucible Steel plant in nearby Midland, Pennsylvania, shut down. “Our customer base just went off a cliff,” he says.

Smith & Phillips later closed and Morgan took a job at Goldstein’s Furniture before opening his first store in Wedgewood Plaza in Austintown in 1996.

To get that store off the ground, Morgan says he worked 90 hours a week. Three years later, the store moved to Austintown Plaza.

In 2005, Morgan bought and moved into his current location, a 22,500-square-foot building at 6001 Youngstown Warren Road that was formerly a La-Z-Boy Furniture outlet.

Along with the store and showroom, Morgan also owns a 30,000-square-foot warehouse and distribution center in Girard.

“We want to maintain that personal contact,” Morgan says.

Like many businesses, the furniture industry was greatly disrupted during the pandemic “because most manufacturers were sourcing around the world.”

One problem came from the kits many manufacturers use to build their furniture. The kits contain all the materials necessary to build a piece of furniture and usually come from overseas.

“They order 10,000 of those, put them on a container and bring them over and put them on a shelf so they have them when they need to do it,” Morgan says.

“When everything went crazy with the containers, it became very, very difficult to get those kits.”

To ensure they could get new product in, Morgan says larger companies began placing “bogus” orders so that a delivery truck would arrive every week.

“And then when it came time for those trucks to come, they just canceled them,” he says. “It caused chaos throughout the industry.”

“That affected the foam industry,” which is reliant on the petrochemical industry on the Gulf Coast, Morgan says.

“It shut all of them down so there was no production in the upholstery industry being done at all. All the dominoes were falling.”

Because of the lack of drivers and trailers, Morgan had to start  purchasing total truck loads, meaning the delivery truck brings all of its cargo to one location instead of delivering items from each cargo to several stores.

As all this was happening, demand for product was going through the roof, Morgan says.

“I probably could have done four times as much business if I could have got product. It was incredible.”

The demand was so great that Diane left her job in the health care industry to work at the store. Now, the Morgans say, the industry is slowly returning to normal.

Before COVID, the custom-order selections at Morgan Furniture could be made and delivered in 30 days, Morgan says.

“That currently is taking about 15 weeks,” Morgan says. “That’s down from 25 weeks. So, it is improving.”

Items that were previously unavailable until next year are now seeing their delivery dates bumped up to late 2022.

Diane says the sales staff became so accustomed to the craziness it found it difficult to return to the normal flow of work.

“We have to remind our salespeople, ‘Remember, summer is our slow time,’” she says.

Still, the one aspect of the industry that hasn’t returned to normal, Dan says, is the cost of product.

“Today that same container would cost $25,000. Same amount of recliners fit in that container,” Morgan says.

“That’s another reason to shorten the supply chain.”

While some product and materials have to be sourced from overseas, Morgan says they work hard to do as much business as possible with American companies.

The store serves customers within a 75-mile radius.

Morgan says he will get into ecommerce in the coming years but says he has zero interest in selling outside of his current territory.

“I don’t want to have a consumer in Iowa that’s having a problem and I can’t take care of it,” he says.

And taking care of customers to make sure they pick the right pieces of furniture and don’t have any problems once it’s in their homes is what local stores do better than the large chain stores, Morgan says.

“The customer can come in here and talk to me,” he says. “My distribution center is here in town.”

In addition, Morgan says, being small and local allows Morgan Furniture to be flexible when helping customers.

If they need help removing old furniture from their homes, the Morgan delivery team is happy to help. If an injury means someone is in sudden need of a chair lift, Morgan can figure out a way to quickly get it to them, he says.

“That’s what makes coming here a better proposition for the customer,” he says. “And quite frankly, we’re usually less money.”

Pictured at top: When he was a young boy, Dan Morgan helped his grandfather and father in their furniture stores. Now he has his own. 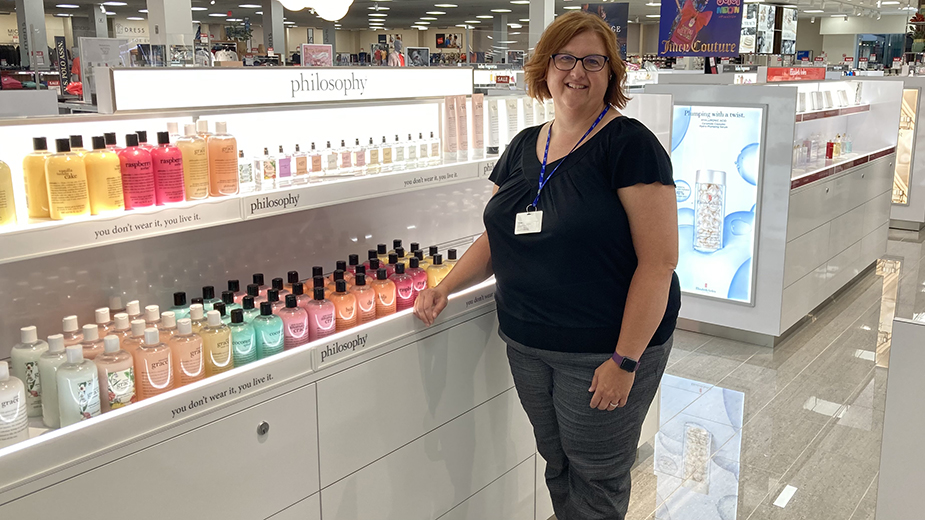 NILES, Ohio – Although it’s been open less than one year, the Boscov’s department store inside Eastwood Mall in Niles is already proving to be a good investment for the Reading, Pennsylvania-based company. “The opening of the store was the… 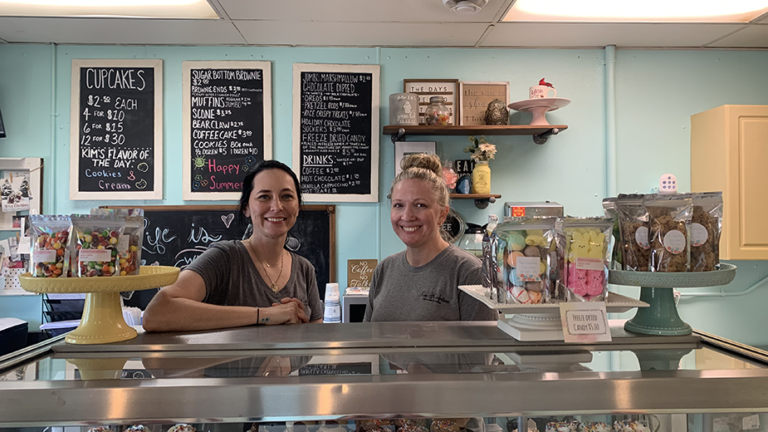