YOUNGSTOWN, Ohio — The Youngstown General Duty Nurses Association, which represents some 188 nurses at Northside Regional Medical Center, is holding a press conference at 10 a.m. today to offer comments on yesterday’s announced closure of the hospital.

Membership from SEIU District 1199 will be on hand as well as U.S. Rep. Tim Ryan, D-13 Ohio. SEIU represents some 230 nonmanagement workers at the hospital, including those in dietary, housekeeping, laundry services and maintenance, as well as specialty technicians.

In a statement, the nurses association, represented by the Ohio Nurses Association, called the closing “a devastating decision” that eliminates health care services, limits access to quality patient care and affects the livelihood of hundreds of health-care workers.

Nurses were optimistic when the Boston-based Steward Health Care System purchased Northside in May 2017. Since that time, however, the union argues that Steward “began removing health-care services from the community and attempting to remove the nurses’ voice from patient care,” the statement said.

“Now, nearly 13 months later, Steward has given up on Northside, blindsiding both nurses and the community with the announcement of its closure.”

SEIU representatives had no prior notice of Steward’s intent to close Northside, said its director of public affairs, Anthony Caldwell. He called the move “deeply troubling” for SEIU’s membership and their coworkers.

“I think everyone was really caught by surprise today that [Steward] had planned to close so abruptly and hadn’t included anyone else in that conversation,” Caldwell said.

Caldwell spoke with union members Wednesday, and said the closure will have a major impact on the lives of those workers, more than half of whom have worked at Northside for more than 30 years. For decades, the hospital had been “a beacon of good union jobs” where workers could earn a living wage and “retire with some dignity,” he said.

“With the elimination of hundreds of those good union jobs, it’s going to be very difficult for these people to find good jobs in the community where they can still provide for families the same way they have in the past,” Caldwell said. “With one financial decision made by this company, more than 200 of our members will now be displaced.”

The SEIU plans to meet with hospital administration to discuss offering some severance to those workers to “ease the burden as much as possible,” and will discuss ways to help the workers find positions with other hospitals and health-care providers in the market, he said.

SEIU members at Northside are under a contract that isn’t set to expire until next year, he noted.

In a letter to Northside employees, Linda Grass, interim president of the hospital, said despite continued investment, Northside “remains significantly underutilized – as it has been for many years.” As patient visits increase at other hospitals in the area, Northside’s have decreased 71% over the last decade, leaving four out of five beds empty nightly, she wrote.

The nurses union has been in contract negotiations with Steward since April 2018. Nurses agreed to two contract extensions, the most recent ending Sept. 30.

Laurie Hornberger, president of the Youngstown General Duty Nurses Association, and others from the union attended the first of three employee meetings with the administration on Wednesday. After the meeting, they attended abargaining meeting as part of the union’s continued negotiations with Steward. 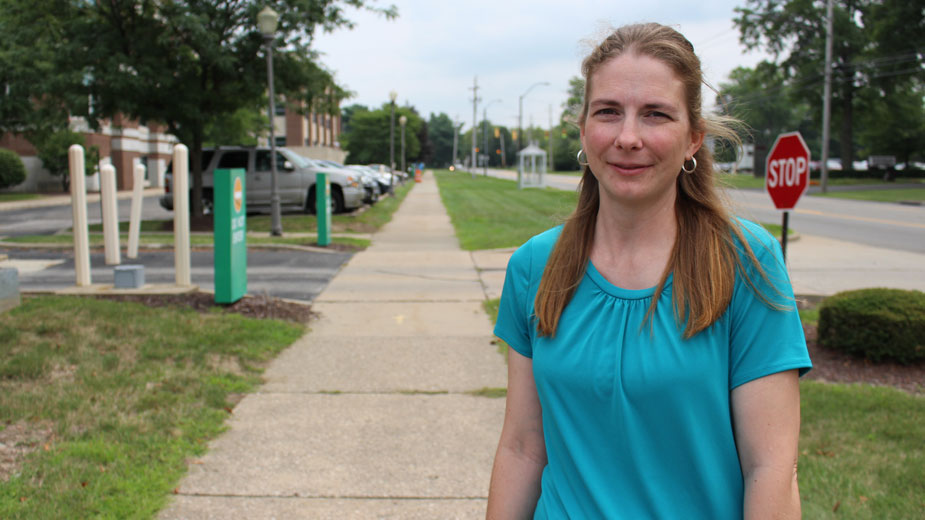 Laurie Hornberger, president of the Youngstown General Duty Nurses Association, said she was “sad and disappointed” about the closing of Northside Regional Medical Center.

Nurses were willing to extend their contract “and take a 0% wage increase for a year to try to help this hospital,” Hornberger said. During Wednesday’s meeting, workers were emotional when offering comments after receiving the news, she said.

The association represents about 188 nurses at Northside, a majority of whom have more than 25 years of experience and “have been serving the community for a long time,” she said. “We even have new nurses who just literally started this week.”

“We are sad and disappointed today that Northside is closing on September 20,” she said. “There’s a lot of years of service that these employees have given to the community.”

Many employees had asked questions and expressed concerns that Steward Health Care “did not try to grow the community” and bring in more doctors and services at the hospital, she said.

The loss of Northside means the loss of a source for quality care in the area, she said. As one of the few places in the Youngstown area for labor and delivery, expecting mothers will “have to travel” when Northside closes its doors, she said. Beyond the Steward system, Salem Regional Medical Center announced in March that it would be shuttering its maternity ward.

For inpatients, the hospital will cease admitting as the closing date approaches, she said.

In the letter to employees, Grass said Steward is contacting Northside patients to transition those with scheduled procedures to Trumbull Regional Medical Center and Sharon Regional Medical Center, the two of the other Steward hospitals in the area. Ambulances and admissions to the Emergency Department will cease as of 6 a.m. Sept. 17.

Inpatients remaining as of Sept. 19 will be discharged or transferred, and Steward plans to ensure a smooth transition for those patients, a Steward spokeswoman said.

“I think a lot of this stuff will be worked out as we go,” Hornberger said. Some doctors offices will be left in the medical building, she noted.

There are some 30 patients currently in the hospital, including intensive care, according to Vera West, a nurse at Northside. West and three other nurses were among the first to leave Wednesday’s meeting.

“I raised three kids and still worked full time,” said West, who worked at Northside for 39 years. “We all received a text from our union representative this morning telling us the hospital was closing and to be here this morning for a meeting.”

The medical staff was informed that due to shrinking market share “over several years,” the medical center was no longer financially viable. The representative from Steward told those gathered that the company has been trying to recruit doctors, and that other doctors have tried to send patients to Northside, “but the patients would prefer to go somewhere else,” she said.

Employees were told that after the hospital closes Sept. 20, staff will be paid until Oct. 14 and will retain their benefits until Oct. 31., West said. During the meeting, employees asked administrators why the hospital hadn’t recruited more doctors. But “we just didn’t want to stay and listen to that,” West said. “We thought things would be different under Steward Health Care. Their management was awful.”

In her time as a nurse, West worked for both Northside and Southside hospitals. “At one point we had over 800 nurses” throughout the system, including Tod Children’s Hospital, she said. Since Steward took over, nurses have been “leaving in droves,” she said.

The issues began when ValleyCare, a subsidiary of the Nashville-based Community Health Systems Inc. purchased the primary operating assets of the former Forum Health, including Northside, in 2010, she said.

“When you’re young, you want to have job security,” she said. “So, we’ve had a lot of people who got worried; single parents who want their jobs. They left because they didn’t have confidence that the place would stay open.”

In May 2017, when Steward acquired eight community hospitals formerly affiliated with CHS, “we had a ray of sunlight” that things would change, she said. But things have declined since then, she said. Intensive care always maintained a one-to-one or one-to-two nurse to patient ratio, she said.

“But lately, every night it’s three patients to one [nurse], and we write objections to staffing and whatever they need,” she said. Despite the requests for more help, West said management advised her that there would be no more ancillary help or nurses. “When the accountants took over, that’s when everything started going downhill.”

The notice of the closing makes her sad, she said, and unsure of what the future may hold.

“There are children who are adults now in this town who were one-pound babies who are great adults now all because of this place,” she said. “We did very, very good work.”

Steward representatives advised those gathered that there would be a job fair on Aug. 23 to help the workers find new employment. The nurses suggested bringing in regional health care providers like University of Pittsburgh Medical Center and Cleveland Clinic in addition to local providers such as St. Elizabeth and Trumbull Memorial.

EAST LIVERPOOL, Ohio — The Kent State East Liverpool Campus is taking an active role in a pilot study that […]

COLUMBUS, Ohio – Chemists have found a way to turn alcohol into amino acids, the building blocks of life. In […]